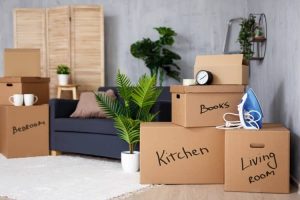 Moving can be an incredibly exciting time, but that excitement is often matched by high stress levels. Whether you’re buying a new home and selling your old one, finding a rental, changing jobs or schools, and acclimating to a new town, and sometimes even an entirely new climate – change brings on a lot of stress.

One aspect of moving that’s always stressful and cumbersome is unpacking once you arrive in your new home. You want to get everything unpacked and get settled in as quickly as possible, but unfortunately, unpacking can take a long time and requires a lot of patience and organization.

At Golden North Van Lines, we understand just how stressful a big move can be – especially when you’re moving all the way up to Alaska – and we want to make your transition to your new home as easy as possible. Unpacking after a move can be daunting, so that’s why we created the pre-unpacking checklist so that you know just what to do after your move.

Follow this checklist before unpacking after a move. Do these before you actually get to your boxes:

Sure, your new home has been cleaned. But ‘clean’ means something different to everyone. Your new home has undoubtedly seen a lot of traffic since it was last cleaned, and you’ll feel better knowing that you gave it a once over and that it’s up to your standards before settling in.

Make sure that you have gas/electric, water, sewage, trash, cable, and internet all activated and ready to go right when you get to your new home. You don’t want to wait until the sun goes down to realize that you can’t turn on any lights!

… and we don’t mean your family members. You’re in a new place now, and it’s good to know who to call in case of an emergency. Write down numbers for emergency services, like fire, poison control, the nearest hospital and ER, local utility providers, and any other number that you need to know and place it on your refrigerator.

Once these are completed, get to unpacking:

Now that you’ve checked off the items on your list not related to packing, go through all of your boxes and inventory list and make sure that all of your possessions are there.

Place each box in its designated room.

3) Prioritize rooms by importance and necessity

The first rooms to unpack? The kitchen and bathrooms. You decide what’s most important next, but we suggest your bedroom! Utility areas, such as the garage and basement, can move to the end of the list.

Moving is stressful, but unpacking doesn’t have to be. Contact Golden North Van Lines to plan your next move!