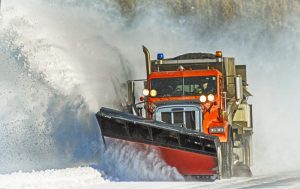 Alaska is a uniquely beautiful state, more than twice the size of Texas and consisting of a stunning wilderness landscape that is both wild and wonderful. Alaska can present some unusually extreme weather conditions and it is very important to know what to expect if you’re planning to move to Alaska. Severe weather in Alaska can include snow, high winds, dense fog, and coastal storms. Alaska is made up of several zones; the Northern Arctic Zone, North Central Zone (the interior), Southern Zone, Southwest Coastal Zone, and the Southeast Coastal Zone.

Some geographical areas of Alaska are known to have more severe weather than others. In the extreme north part of the state, Alaska has an Arctic climate resulting in long, cold winters and short, cool summers. Both the highest and lowest recorded temps have occurred in Alaska’s interior. Fairbanks is just right of the center of Alaska’s wilderness geographically, and the city can get pretty toasty during the summer months, with temperatures that can reach into the 90s. Major thunderstorms are not uncommon in Alaska, either, with thousands of lightning strikes across the state. The highest recorded temperature to date was way back in 1915, when the thermometer reached a sweltering 100°F.

On the other end of the spectrum, the record for the coldest recorded temperature in the entire country was set in 1971 at Prospect Creek, Alaska in the northern interior at a bone-chilling -80°F! When compared to high readings near 90°, the range in Alaska temperatures is an astonishing 170°. Although temperatures and weather in Alaska can vary dramatically across the state, making living in Alaska unpredictable and often difficult, it’s the very wilderness of the Last Frontier that draws people to this exciting and adventurous place.

Are you moving to Alaska and looking for an experienced, qualified mover? Golden North Van Lines has the expertise to make us the best choice for your move to Alaska. We provide a cost effective moving option that offers you peace of mind and time savings, and our team will help you stay organized, avoid injury, and arrive at your destination safely, ready to begin your Alaskan adventure.

When you put your trust in Golden North Van Lines, you can rest assured that we’ll treat your household goods as if they were our very own. We can help make your move to Alaska worry free by taking the trouble out of your move. With offices in both Anchorage and Fairbanks and decades of experience successfully moving households and businesses to and from Alaska, Golden North Van Lines is the Alaska moving company you can trust with everything that’s important to you. If you’re moving to Alaska, contact us today for a free quote and let us help you prepare for a successful move.